The whole of Switzerland 🇨🇭

Citymapper has launched in Switzerland, and we're covering the whole country.

The dense Swiss train network turns the country into one extended city. People commute daily by train between cities, and we've got them covered - from Lake Geneva all the way to Lake Constance. 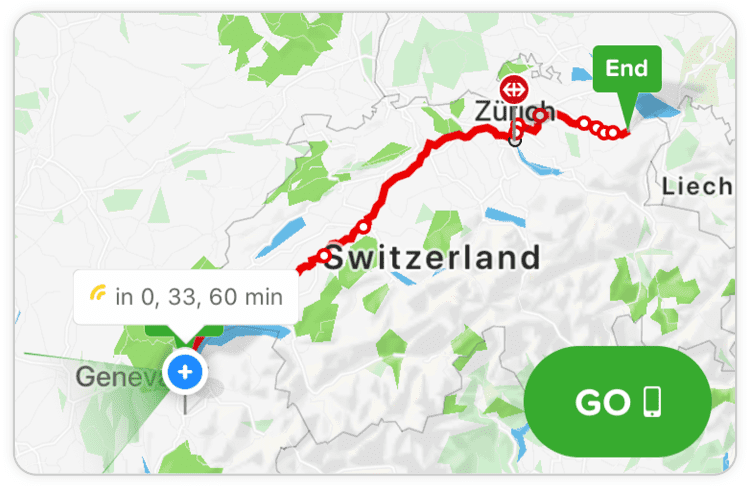 Even our Swiss mascot "Köbi" is a proud owner of the famous GA travel pass - giving him unlimited access to all modes of public transport across Switzerland. 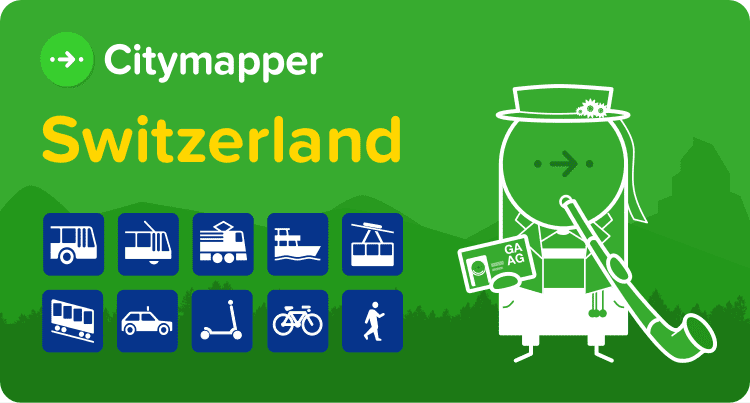 With 300,000 scheduled trips in the timetables, Switzerland is the biggest public transport network in our app. It took us several weeks to polish this massive dataset to Swiss standards. 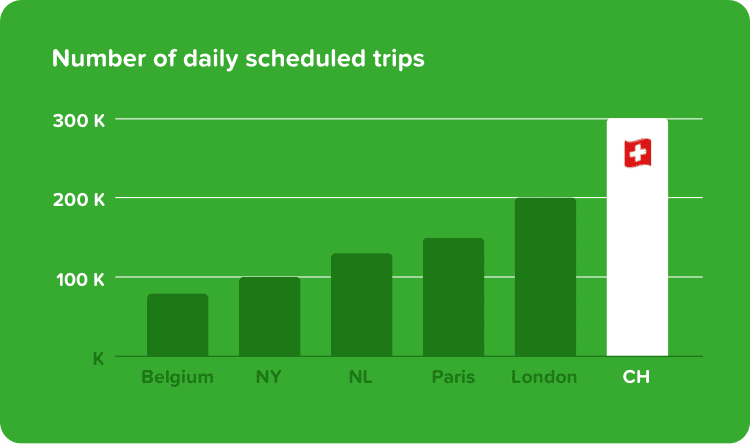 Use Citymapper to plan your trip to Jungfraujoch - at 3,454m above sea level. The station is entirely carved into the mountain and features a magnificent view of the Eiger glacier. Bucket list material for every legit transit geek - including the whole Citymapper team. 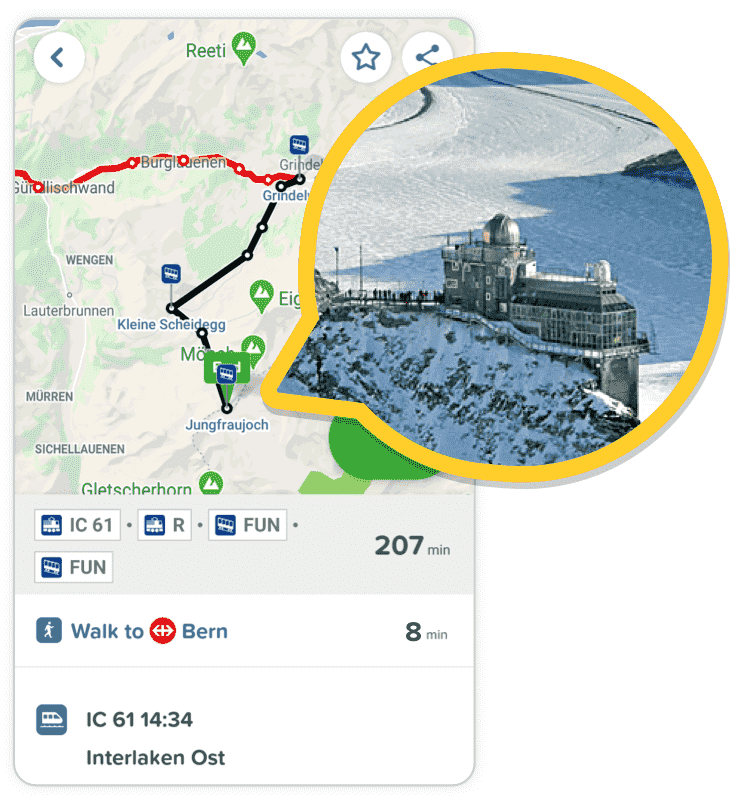 🚠 Plan your next ski trip with us

Cable cars, gondolas and funiculars are an integral part of the transit network in the Swiss mountains. They even get their own button in the app. 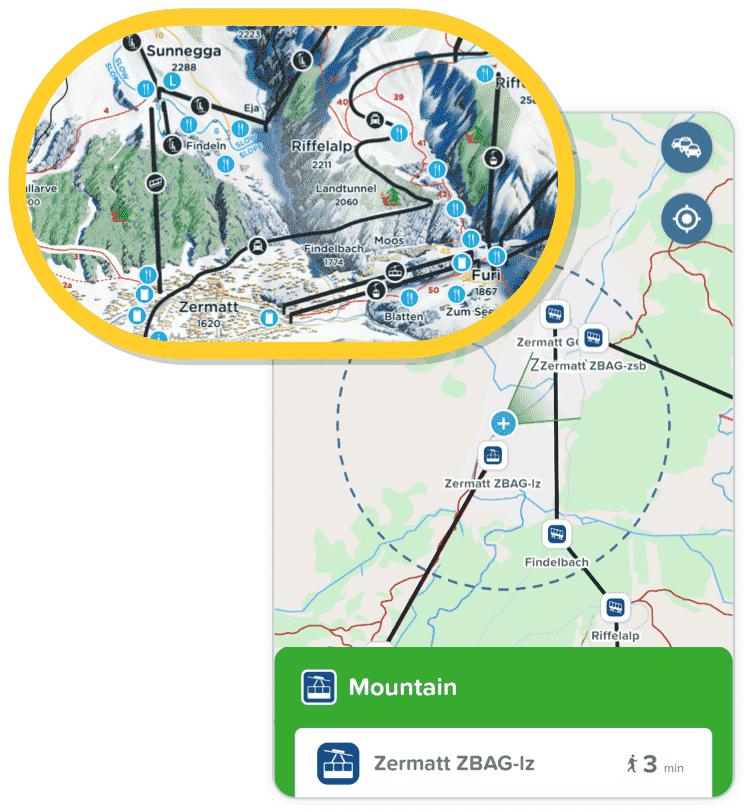 Switzerland has loads of top-notch public transport. But one thing is missing: a metro or subway or Tube or U-Bahn. Ok, there's the Lausanne Metro. Some argue it's more of a 'light rail' option. All you need to know is that it's in the app too. 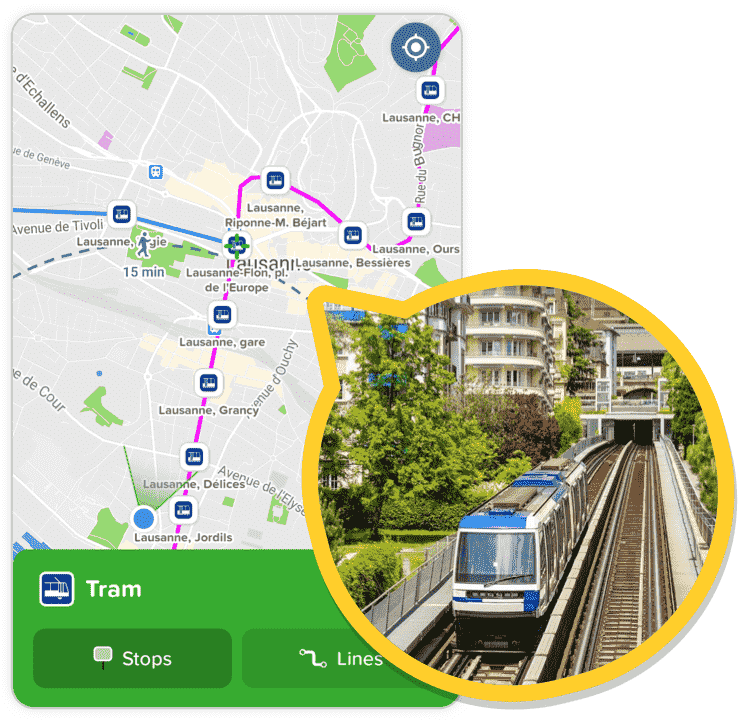 🛴 New kids on the block

New shared modes of free-floating cycles and scooters are increasingly popping up on Swiss streets. The schemes are interconnected with the existing public transport infrastructure - for example, you can grab one from a dedicated parking spot outside the Zurich main station. 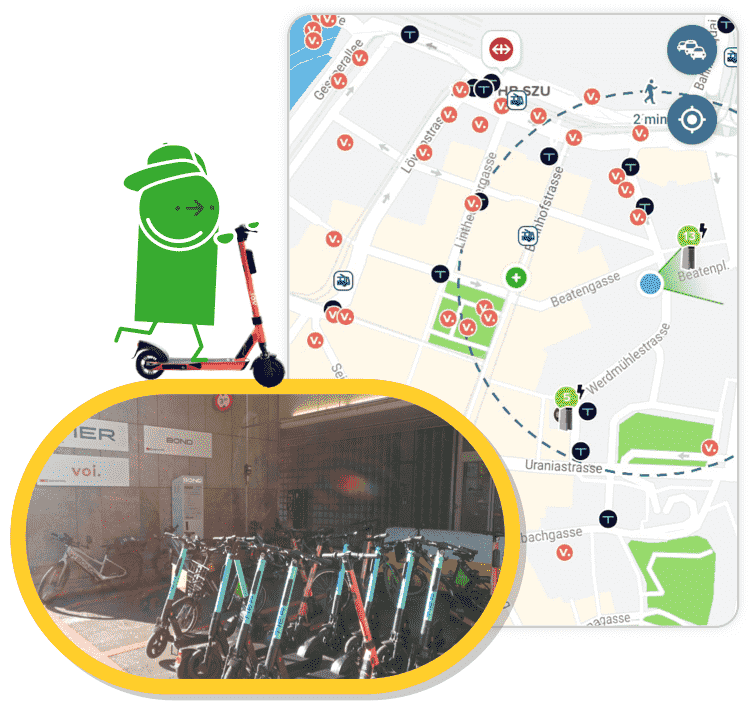 As you can tell, we're very excited to welcome Switzerland to the Citymapper family! 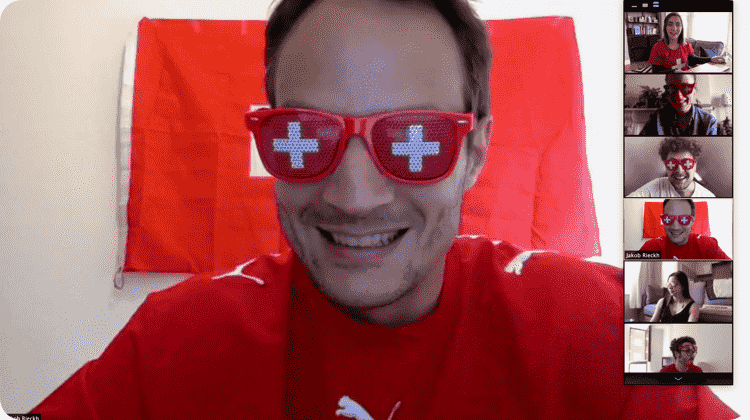