IWD - Introducing the women who inspire the women of Citymapper 💪 💚

In celebration of International Women's Day, eight fantastic women from Citymapper share the stories of the women that inspire them. 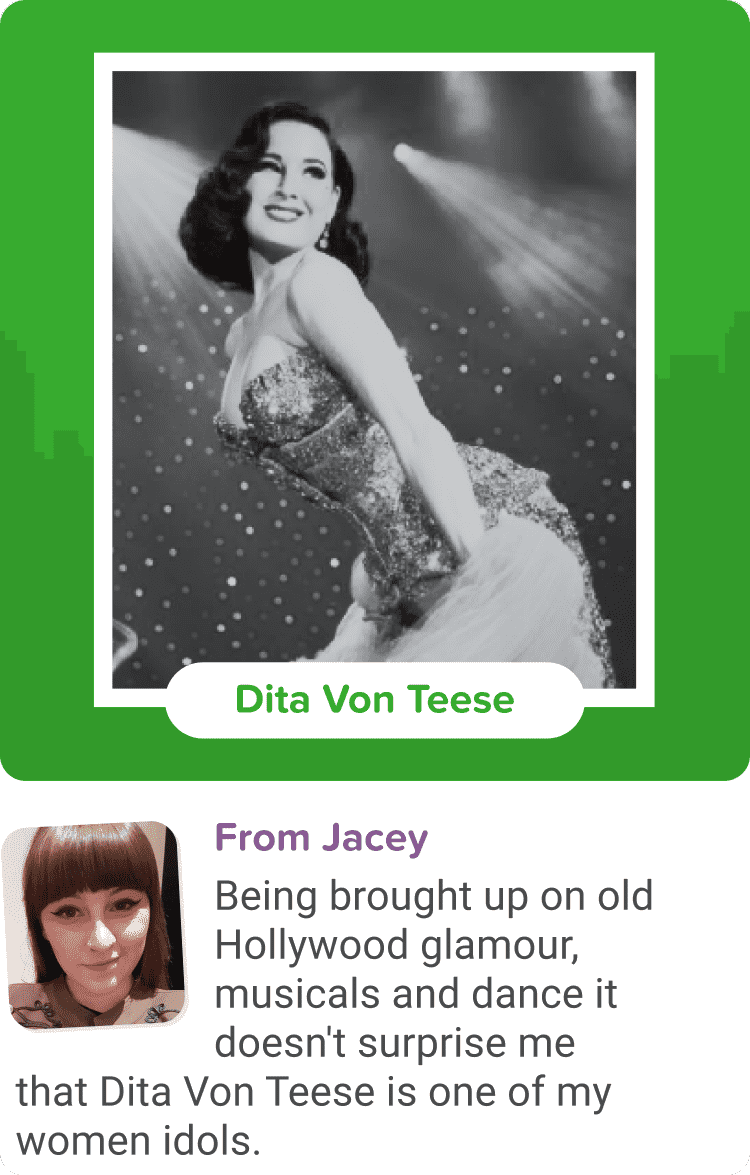 She has inspired women to feel confident and embrace their sexuality on a day to day basis, given new life to the burlesque scene and become a well known performer around the world.

All her shows include people of every shape, gender and ethnicity which I feel is one of the most important parts of having a platform in show business.

She has helped with my confidence and has been a massive influence in my day to day life embracing my inner showgirl! 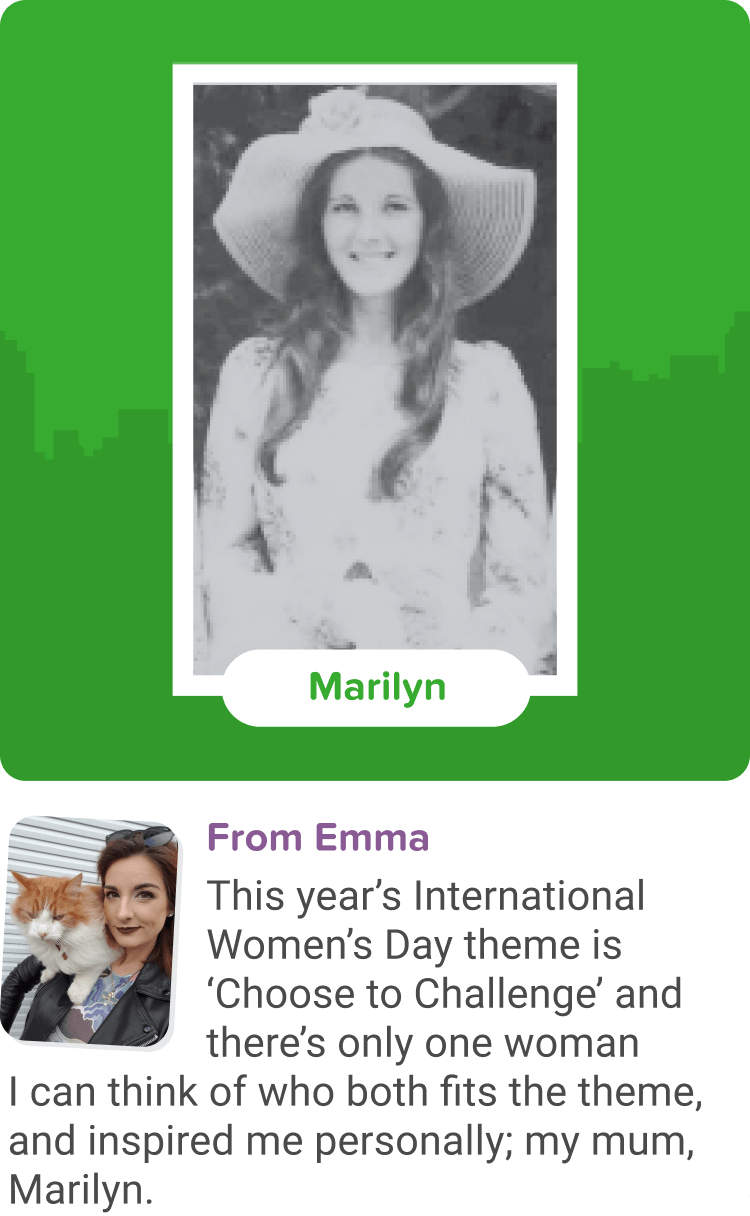 Growing up in the 50s as a ‘Council House Kid’ in Maidstone, Kent, she challenged the ‘norm’ and became a world-traveller, a senior leader in secondary education, a liberal balance to my father’s all-too-conservative military view, and my hero.

She challenged me to be kind, empathetic, to believe in the good within all people and, perhaps most influential on me, to never forget the fact that the world isn’t half as bad as the media makes it seem. My mother led the way on family holidays to far-flung, dusty corners of the world in the endless pursuit of educating me in geography, geology, anthropology and archaeology – still my passions to this day. I celebrate International Womens’ Day thinking of my mum, Marilyn, and all the other women out there who demonstrate undeniable strength day in, day out. 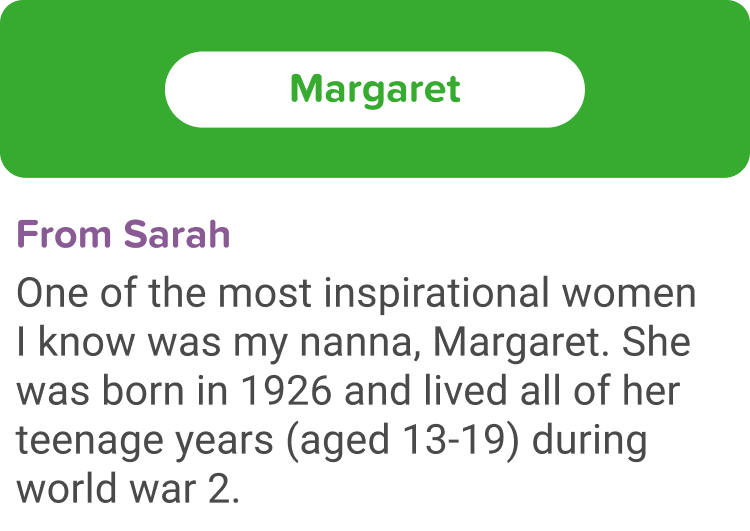 She used to tell me stories about what everybody went through - sometimes her house had no power, no heating and no water. Some days, the whole family would have to share the same bath water (this wasn’t a proper bath either, it was a tin bath in front of their fire, which was rarely lit). They had no indoor toilet and had to go to the outhouse at the end of the garden (even when air raid were sirens were going off). Luckily, there were very few bombings of Warrington but plenty in nearby Manchester/Liverpool so everyone used to have to spend days at a time hiding out in underground air raid shelters with no heating or lights. Food rations were so strict that her family would sometimes only have enough food for a couple of mouthfuls each and other days, she didn’t eat all. She volunteered to work in the local telegraph office on the switchboard taking calls about air raid warnings and did this job full time when she left school because she said she wanted to protect her town.

She passed away in 2015 but all I have are memories of her amazing smile and wicked sense of humour, pretty amazing considering some of the things she lived through. 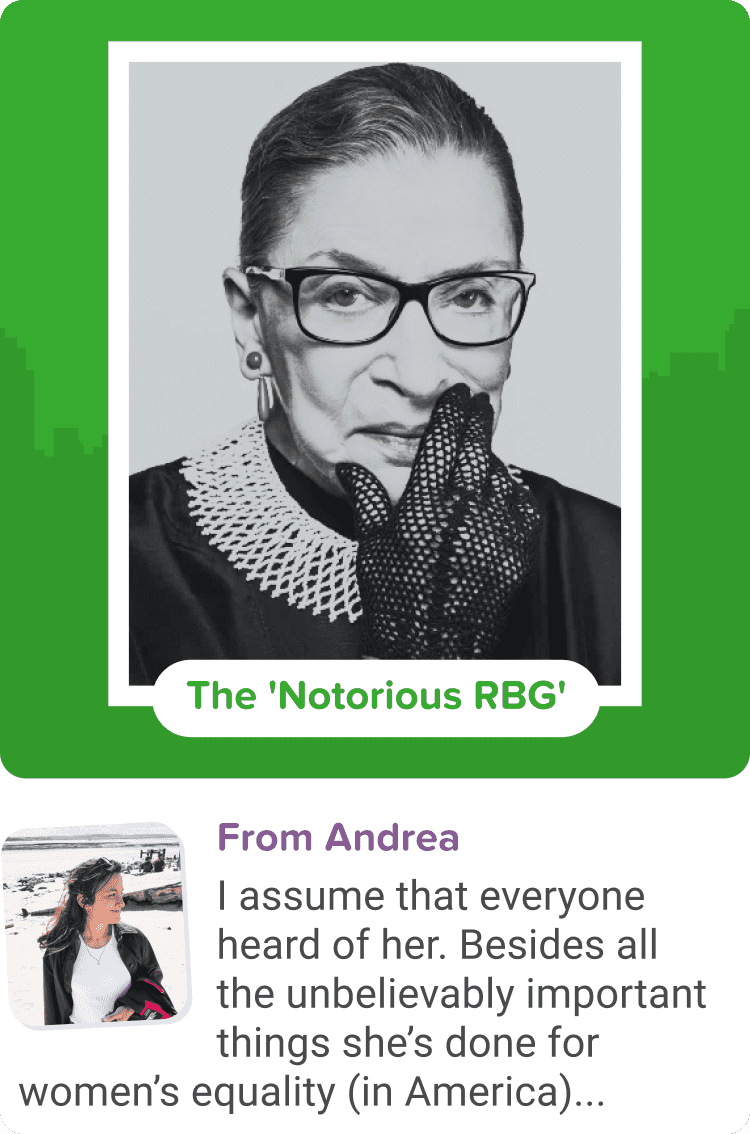 ...what I really love about her is that she showed that you don’t need to be an activist or marching on the street in order to make a change and make your voice heard. She is the only female public figure/idol I remember with a soft voice and with a rather shy personality. I think it is very important to have this kind of representation of a powerful woman and we need more Ruths on the front line. 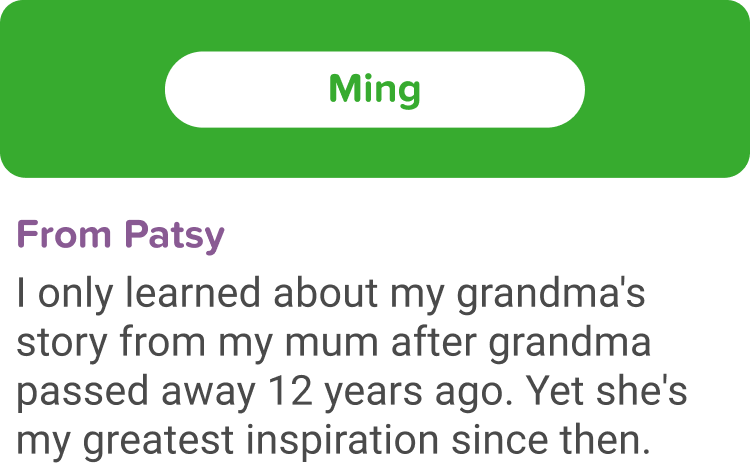 Born as a middle-class in Southern China and married to a man from an old money family, she was living a comfortable life as a young woman until the Cultural Revolution that ruined the family. Being divorced with 3 girls, she made a new life moving from Guangzhou to Hong Kong with her own pair of hands. She had every reason to complain about her destiny but in my memory she's the most cheerful and helpful person in the world. She supported her family and friends as much as she could.

Her life story told me no one else is responsible for my life and happiness apart from myself. I guess she's also the first generation of feminist although she probably didn't know that's a thing. I will always miss her. 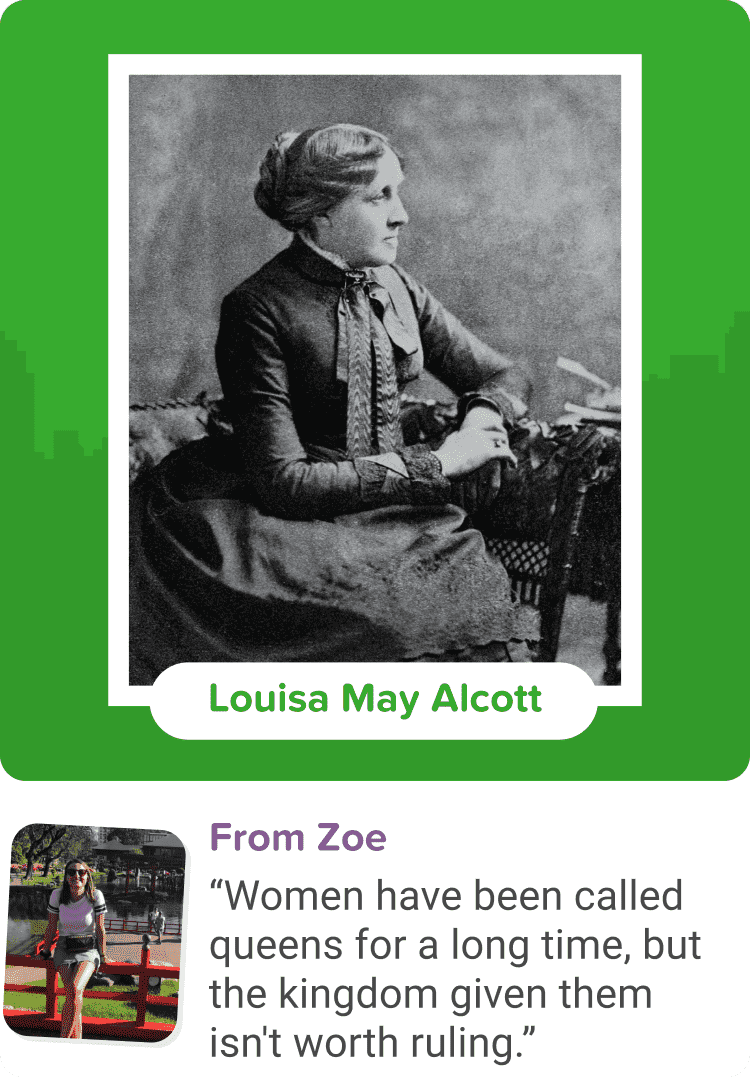 Louisa May Alcott was an American novelist most famous for being the author of the widely adored novel ‘Little Women’, following four sisters on their journey from childhood to womanhood. Whilst published in 1868, many themes of her book, such as the importance of female independence, still resonate with us today.

Louisa May Alcott also worked as a nurse during the American Civil War and was involved in the Women’s suffrage movement, becoming the first woman to register to vote in Concord, Massachusetts. 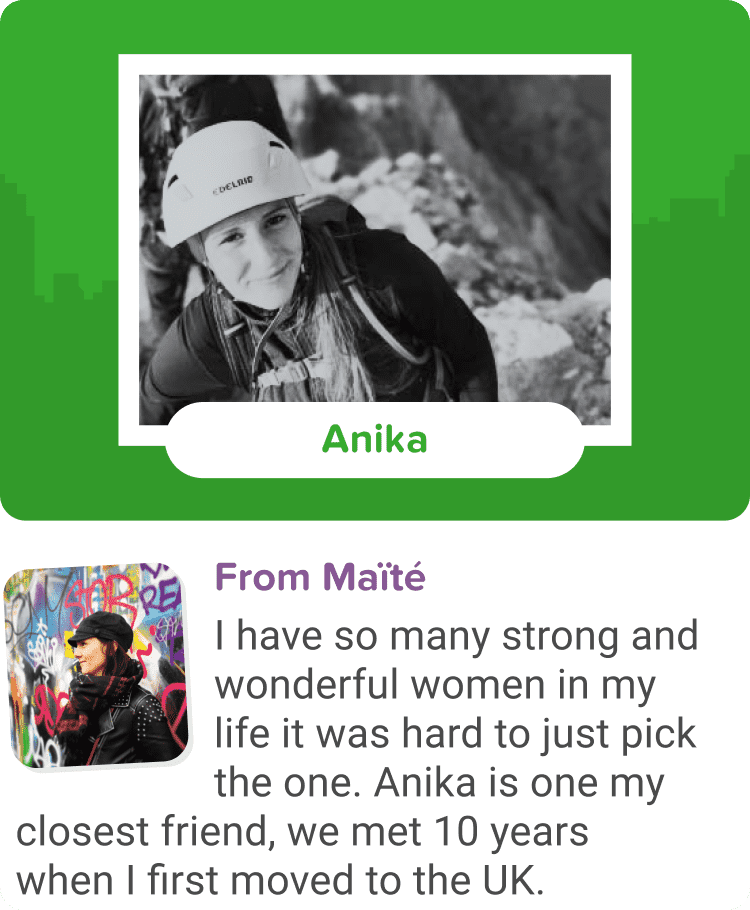 Anika is someone I keep really close to my heart. She's a force of character, she turns it into strength with all the hardships that life throws at her and doesn't let her past hold her back. She put herself through life without any help from anyone and now is kicking asses in a fancy job in Austria, living her best life climbing mountains and running Spartan races. She always gets back up and moves forward. She won't take any BS from anyone but is the kindest heart you'll ever meet. That woman literally jumps on planes to deliver croissants (and bretzels!) to friends in need of a hug. When I'm struggling, I always ask myself "what would Ani do?" and I try my hardest to be a tenth of the Wonder Woman that she is. 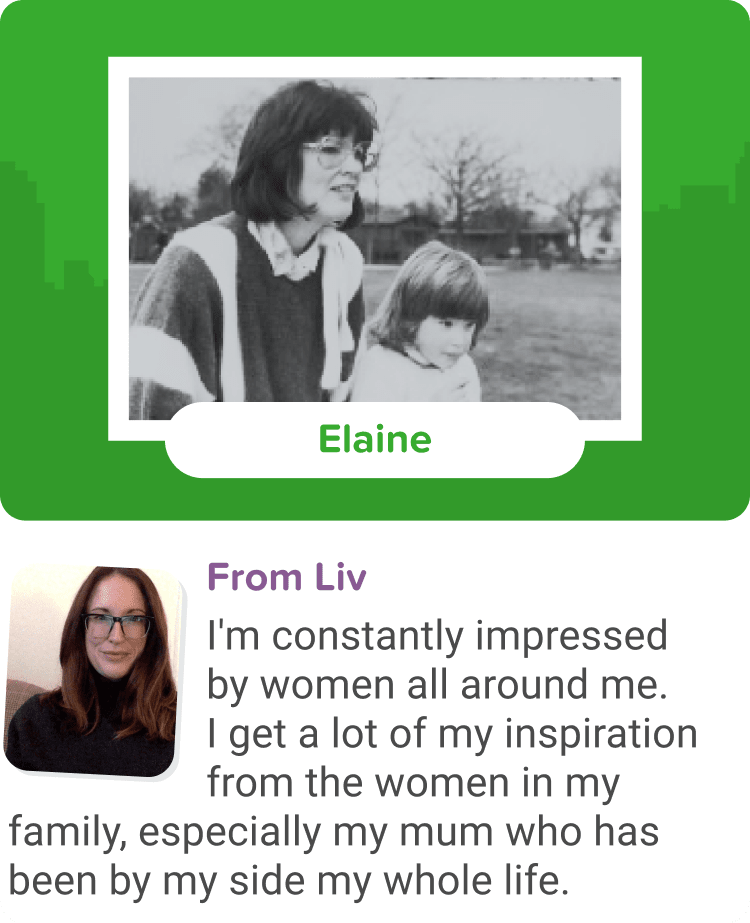 Both me and my husband were brought up surrounded by mums, grandmas, aunts and sisters! It's fair to say my family is a matriarchy. These women faced all sorts of discrimination and set backs in their lives societal, cultural, political but kept moving forwards. The most important thing is equality of society - of all genders and backgrounds.

Days like today are a rallying cry to remind ourselves we are not there yet and in fact have a long way to go. The UK for example is not even in the top 20 most gender-equal countries globally regarding pay. We need to keep building on the work of all the women before us, until we can be sure we will have an equal society for everyone in the future.